Infrastructure Research Disarming the Power of the Elements

Infrastructure is the physical, social and digital fabric that underpins our civilised world. When successful, it enhances our quality of life and allows us to live, work, trade, travel, and communicate. When critical infrastructure fails, we suffer disruption, delay and social dislocation, sometimes with catastrophic results. The global economy is heavily reliant on infrastructure, and when the delivery of new infrastructure exceeds budgets, it costs society dear.

The ERPE multi-disciplined teams have addressed the challenges of building and maintaining infrastructure systems that are resilient, sustainable and adaptable during these times of constant change. We conduct research on the built and natural environments that intersects between infrastructure (structural design, granular mechanics of bulk solids, maintenance, operation and safety), human wellbeing (e.g. societal need, fire safety, flood risk, water and wastewater treatment).

Research on fire performance of timber, concrete, and steel structures carried out by ERPE researchers has informed design codes in the UK, Europe and USA. This work has significantly increased the understanding and additional insights required when designing with mass timber in high-rise buildings. It has identified mitigation measures for designers leading to improved safety and resilience.

Our innovation has seen lives change for the better in some of the worst circumstances, developing technology that makes urban environments safer and healthier. We have showcased a few of our many highlights in this area.

Fire Engineering: The Threat of Fire to High-Rise Buildings

In the race to save Notre Dame Cathedral following a catastrophic fire in April 2019, researchers from the ERPE were heavily involved. Our academics were interviewed for a BBC documentary to describe how the fire spread with world-recognised authority on fires in engineered timber structures. Our experts also explained why delays in tackling the fire were so critical. The researchers detailed how the collapse of the monument's iconic spire provoked the fire. They also advised and how to prevent similar scenarios in the future.

Centre for Environment and Human Settlements

Our research into natural disasters works with people who live with the threat that a landslide will carry away their homes and participate in the Medellín Urban Innovation research project. We use civil engineering technology and the community's information to look at specific points and angles to see how the land has reacted to downpours. After understanding the motivations that led the settlers to set up dwellings on the mountainside (which often stem from a desire to escape armed or societal conflict, according to the United Nations in 2020 there were 67 million people displaced globally due to such conflicts) and their perceptions of risk, the researchers worked with them to find the best places to set up the monitoring system. They then trained a community group to collect data and photographs, which the team receives on WhatsApp.

The team uses the photographs to look for early signs that a landslide is coming. Through this monitoring system, the researchers can identify areas where landslides are likely to happen before a deadly incident occurs and then devise ways to mitigate against them.

Our research on arsenic and fluoride removal has resulted in water treatment plants benefiting more than 1,000 villagers near Kolkata, India. Epidemiological studies illustrate that residents were suffering from arsenical skin lesions, and a high concentration of arsenic observed in urine, hair and nails, among the village (Koudikasa) population. An algorithm for synthesising flow and energy time series is now being utilised and developed in South India. The research has had a real impact on society, creating a safer environment for many and aided the development of advanced technologies (such as ultrafiltration membranes) for water and wastewater treatment.

This innovation has led to software tools for ecological and economic optimisation of low head hydropower resources and adopted by the Swiss Competence Center on Energy Research in proposing future energy transition policies in Switzerland.

ERPE researchers contributed to theoretical models of landside-induced flood flows and barrier lake formation, of significant importance to earthquake-prone countries such as China. Collaborating with Peking University colleagues found that China has displaced 180 Mt of soil organic carbon through water-induced soil erosion over the last 20 years. A quarter of the world's large rivers experienced significant water changes with 40% sediment flux. This collaboration also led to the concept of golden inland waterways, reported recently in Nature Comms. 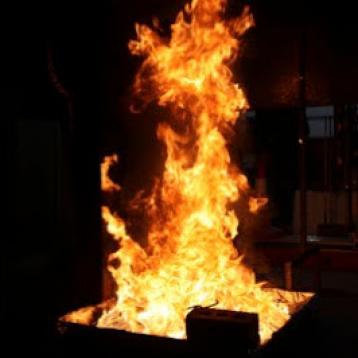 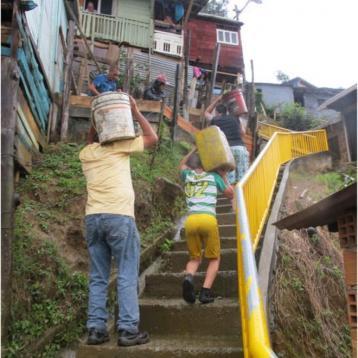 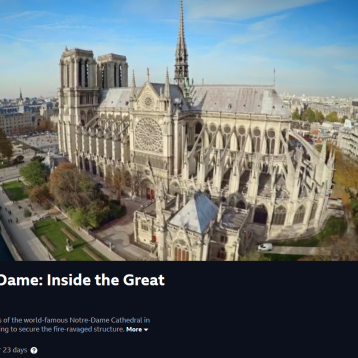